Our beloved award-winning actress Bri Larson plays the role of superhero Captain Marvel or Carol Danvers. But there is a change in her costume that we can see these days. And what is that change? Let us know about the secrets of the green costume of Captain Marvel.

What is the secret of the green Costume of captain marvel?

We have already seen actress Brie Larson suited up in the Captain Marvel movie series before. Her costumes include an amazing combination of colors. We remember our favorite captain marvel in her suit which is in red, blue and gold colors. But nowadays we can see her in a new costume which is based on black, green and silver colors. Seeing Brie Larson in her new and changed costume made the audience and fans go surprised. 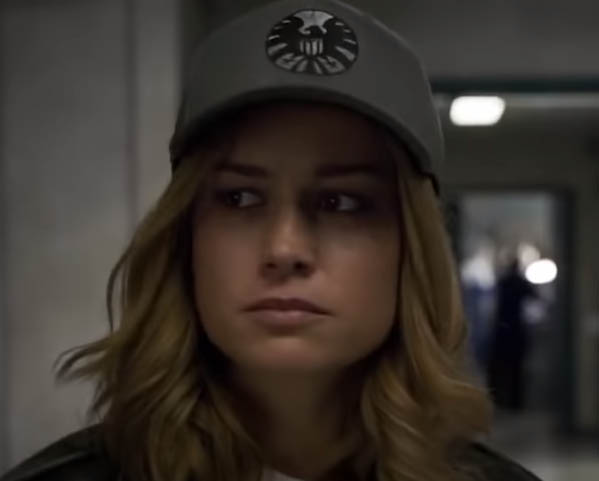 Our favorite Captain Marvel is going to play the role of the first female-lead movie at the first Marvel Cinematic Universe’s. It is based on a superhero that has all the powers to thank the alien race which is known as The Kree Empire.

Brin Larson first appeared on the sets of Avenger 4. The behind the scene photos of the young Oscar winner was filmed at the Atlanta sets. Since her upcoming captain marvel movie is set in the 1990s, thus the old costumes cannot be presented.

Seeing her in the green costume, which looks similar to the comic book costume, people have started assuming that she is going to play the role of Leprechaun. While we don’t exactly know the logic behind the new costumes, there are some reasons which can be possible to identify the answer to the question:

Why the new Captain Marvel costume is green in color?

The first superhero in name of captain marvel was not Carol Danvers, it was a Knee Warrior in the name of “Mar-vell”. He was a Knee spy who decided to become a superhero wear a costume which was silver in color, and the helmet and trims in green color. Later on, his costume changed to gold, red, blue color scheme. So maybe Danvers also wear Mar-Vel’s first suit or costume. We know that Jude Law plays the role of Mar-Vell in an upcoming solo movie; it can be possible that this is her uniform which is green in color. 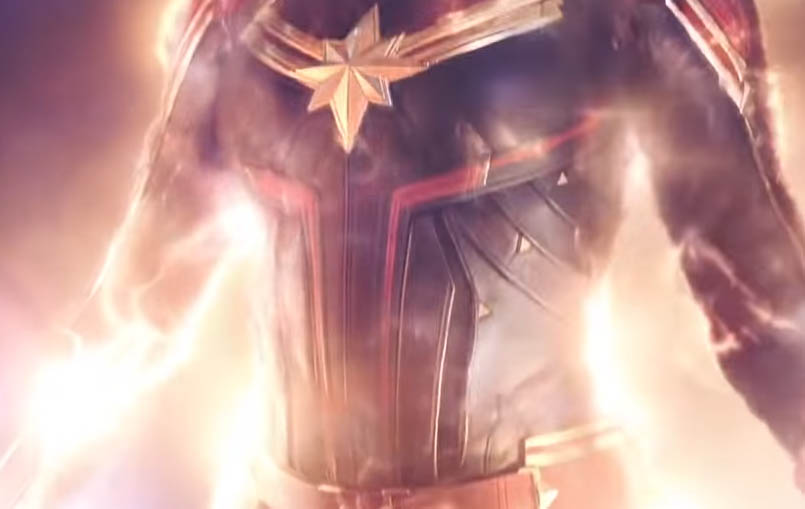 While the concept of art has shown an accurate version of the comic book version, it will just remain like a concept only. The final color of costume suit will differ and modeled after the captain Marvel Ultimate version.

A Warrior name as Mahr-Vehl wears a suit that is green in color. This is not the only character of Marvel Character based on the Ultimate Universe.  The suit consists of a white and green cybernetic battle suit which gives superpowers to Captain Marvel. The superpowers included in this costume are the ability to create energy shields, blasts, increased strength, increased speed, increased healing powers, etc.

The final look of the costume may look different when the shot is rendered with CGI. The green-colored costume can be replaced by digital effects and recreations. Few of the Marvel characters have already been seen like this.

Parts of the costume changes with CGI:

It can also be possible that only some parts of the suit may get changed with CGI and the other remains the same. Our Captain Marvel is going to have some unique and different superpowers. In comics, some of the superpowers of Captain Marvel include superhuman stamina, speed, strength, durability, energy absorption, and projection, etc.

The president of the marvel, Kevin Feige has said that Captain Marvel is the most powerful superhero in MCU. Now we don’t know what will the final powers added from this in the movie. This was all about the captain marvel green costume.