Being a cosplayer, you would always try to be the center of attraction in every cosplay event. It does not matter whether you are trying this thing for a long time or just planning to start it. This is a unique ability to resemble a popular character and portray it like a pro. It requires some special skills, perfect costumes, and confidence of facing hundreds of people.

Arrow is a renowned DC Comic superhero which is entertaining millions of adventure genre loving people since 2012. His skills are unique and his story is unique. That’s why it has become a popular choice in cosplay events. You should try Green Arrow Cosplay Costumes if you want to try something amazing in the next cosplay event. 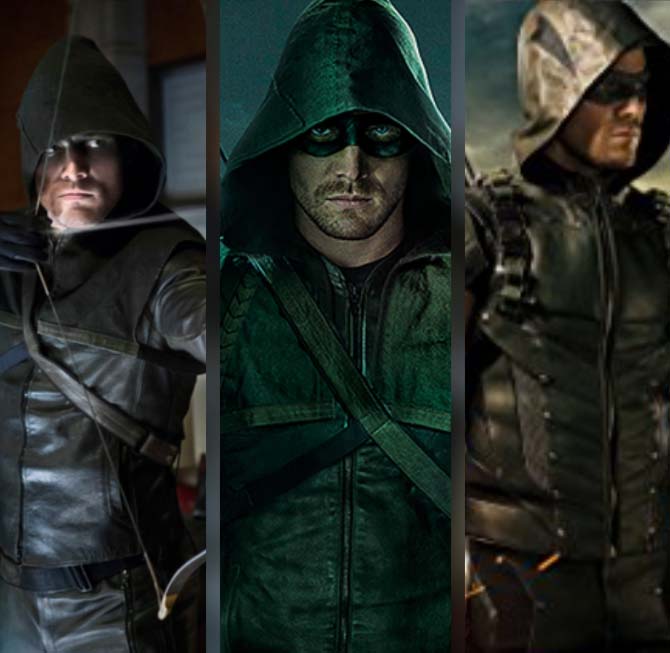 Who is Green Arrow?

Even though all the Arrow seasons are hit, some people might still do not know who Arrow is. Grieg Bertrand, Andrew Kreisberg, and Marc Guggenheim have produced the Green Arrow TV series. It is a DC Comics story which features Oliver Queen as a multi-millionaire playboy. He gets trapped on an island for five years where he learns archery skills.

Fishermen rescue him after five years and he returns to his hometown to fight the evil elements of the society. That’s how he turns into a superhero to fight corrupts, criminals, and terrorists planning to hurt innocent people. Oliver Queen’s transformation into Arrow is quite thrilling and Stephen Amell has flawlessly portrayed this character. That’s why thousands of kids and adults love this DC Universe character.

Cosplay events are quite different than simple Halloween parties. Professional cosplay artists spend several weeks in preparation to be the best performer on the stage when they choose a new character. They take this job quite seriously and that’s why their performance gains huge admiration from the audience.

It is all about being that character and living those moments as that character. Your attitude and body language should depict the goal and intensity of the character you choose to portray. If you are portraying a serious character like Arrow in Cosplay and being goofy, fans won’t like it. They will boo you and criticize your attempt in quite a bad way. That’s why you should watch the Arrow TV series once again before you resemble Oliver Queen “the Green Arrow”.

The Green Arrow costume is pretty simple but unique. Arrow wears an eye blinder, a leather jacket, tactile gloves, black racing pants, work boot, and archery arm guards. However, all the mentioned components of Arrow’s costume are unique and it is incomplete without Green Arrow bow and arrows. You should carefully assess every component of the costume and check if it is the right gear or outfit or not. Take a look of Green Arrow Cosplay Costumes to ensure you are choosing the right thing. You will feel that intensity and responsibility of Arrow when you are in the costume. It will bring out the best performance on the stage because now you know Arrow and his life goals.

What if you cannot find Green Arrow costume at local stores?

First of all, you should never choose to buy cosplay costumes from local stores. Retailers, who provide superhero costumes, do not offer the best quality products. Even though you find a costume, it might not fit well and you will have comfort issues. So, drop the idea of buying Arrow costume from the local retail stores.

Find Green Arrow cosplay costumes online. Green Arrow costume is changed over the years and now it looks a bit different from the first season. Online costume suppliers offer both types of costumes at very affordable prices. There are costume selling platforms which provide all kinds of costumes. Whether you choose a character from a popular video game or comics, its costumes will be available there. No need to worry about size and fitting because you can replace your costume if it is smaller or larger than your size.